Vik Manchanda is a Brooklyn-based photographer who curates his wardrobe with the same careful attention he lends to the images he creates. Although his work takes him across the United States and the globe, he has a special spot for Brooklyn which often serves as a backdrop for his dramatic black-and-white images. He’s constantly inspired by the streets and stores of New York’s coolest borough and favours menswear shops like Brooklyn Goose Barnacle on Atlantic Avenue and the Front General Store in Dumbo. When we asked him what style meant to him, he got a little deep, and let us peek into his closet.

Style is something that can make an individual feel empowered, while also creating a sense of calm and comfort throughout their day. For me, personally, I’m never looking for the latest trend, but maybe mixing up the best from the old and new. Style can require a great deal of thought and time, but eventually if you pay close enough attention to certain brands, the materials and fabrics, as well as when a piece of clothing was made, you can find a your style or fit that makes the most sense for you. I only buy things when I feel a certain piece jumps out at me, and then it starts talking to me — telling me it’s necessary to have (even though it’s never really necessary). 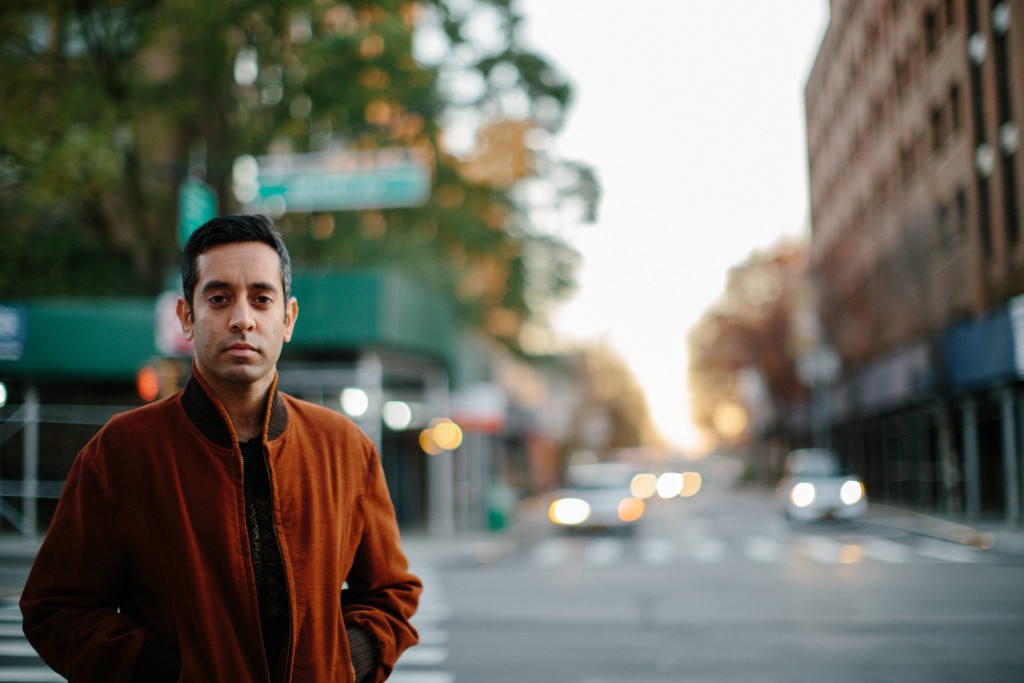 least worn piece // Tough one — probably something I bought that I thought was cool, but ended up not being a good color or fit. There’s been a few pieces, but lately I keep my closet clean with only the clothes that I’ll wear throughout the season.

biggest splurge // I wouldn’t say splurge, because I don’t shop at Gucci, but I’m loving my Svensson jeans these days. I want every jean they make — in every shade.

biggest regret // Anything printed, that I wore for a day, and never wore again. I’ve also stopped wearing striped shirts or anything with a label. Specifically, anything I’ve purchased from All Saints has been a regret. When they first opened I bought a lot of stuff from them, but I’ve never worn it again after a few times.

can’t part with it // Probably a few jackets that I couldn’t let go of, but recently I’ve been wearing a suede bomber jacket from the 50’s. I must have purchased it for less than $75, and you can now find similar jackets at J. Crew for over $350.

most sentimental value // I’m getting more attached to my grey suede shoes. They’ve been all around the world with me, and I use them for work and play — Hush Puppies from the 70’s.

something every guy should own //  A well-fitted, solid-white button down.

best bang-for-buck item // Most of the vintage items I buy are a good bang-for-buck. I love the Front General Store in Dumbo. I always leave that store with at least one article of clothing, and it’s never too much money spent for something really unique.

most complimented item by women (or men) // Probably the Dana Lee shirt.

style crush and why // I feel Bob Dylan has some solid swag. He’s been reinventing himself every 10 years for the last 50 years — always switching up his style, and it’s honest. It seems to suit him for wherever he’s at in his life and music during a certain time period.

From his artist digs in the Boerum Hill neighbourhood of Brooklyn, to his carefully curated wardrobe, the man behind the lens, Vik Manchanda, isn't a stranger to good looks.

I feel Bob Dylan has some solid swag. He’s been reinventing himself every 10 years for the last 50 years — always switching up his style, and it’s honest.