Maharani Sita Devi of Baroda (1917-1989) lived a colorful and unabashedly bold life especially upon marrying the Maharaja of Baroda who was then the eighth richest man in the world. She lived in the lap of luxury, first in Madras, and then in France, while traveling the globe with trunks filled with thousands of saris, shoes and furs.

From Madras to Monaco 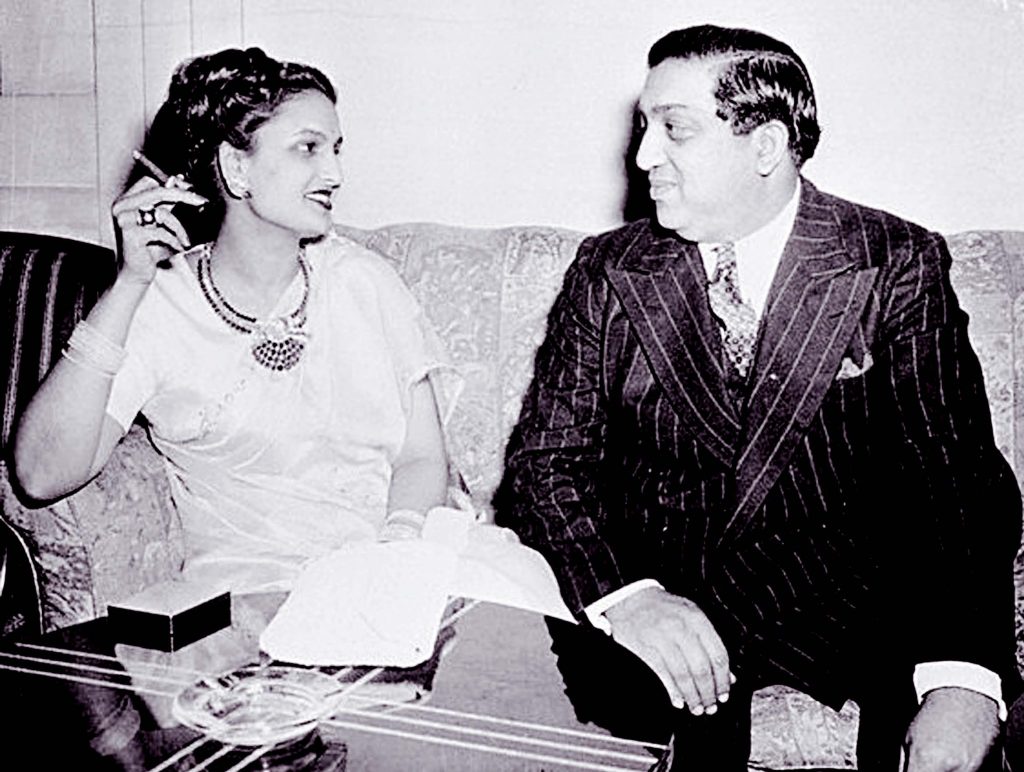 1 / She was born on May 12, 1917 in Madras, India to the Maharaja of Pithapuram, Sri Raja Rao Venkata Kumara Mahipati Surya Rau Bahadur Garu and his wife Sri Rani Chinnamamba Devi of Mirzapuram.

2 / She was often referred to as the ‘Indian Wallis Simpson,’ in reference to the American socialite whose intended marriage to British King Edward VIII led to his abdication.

3 / Her first marriage was to Meka Rangaiah Appa Rao Bahadur, Zamindar of Vuyyuru, with whom she had three children.

4 / While still married to her first husband, the Maharani met the also-married Maharaja Pratap Singh Gaekwad of Baroda, who was the eighth richest man in the world and the second richest Indian prince, at a horse racing event in Madras in 1943, and he was immediately enchanted with her.

5 / Upon the advice of her lawyers, she converted from Hinduism to Islam to be granted a divorce from her first husband. Immediately afterwards, she converted back to Hinduism in order to marry the Maharaja.

6 / The British authorities in India were not pleased with the marriage between Sita Devi and the Maharaja as it violated the anti-bigamy laws, passed by the Maharaja’s own grandfather, that forbid remarriage if the first spouse was still alive. However, the Maharaja (who already had a wife and several children) asserted that he did not have to follow the same law as his subjects. As a result, the new Maharani of Baroda, Sita Devi, did not receive the same respect from the British who refused to address her as “Her Highness.”

7 / As a member of the international jet set, it was rumored that she travelled with thousands of elegant saris in her suitcase along with matching shoes and furs.

8 / The couple had one son together, Sayaji Rao Gaekwar, nicknamed “Princie,” who committed suicide at the age of 40 after battling alcoholism and drug addiction. 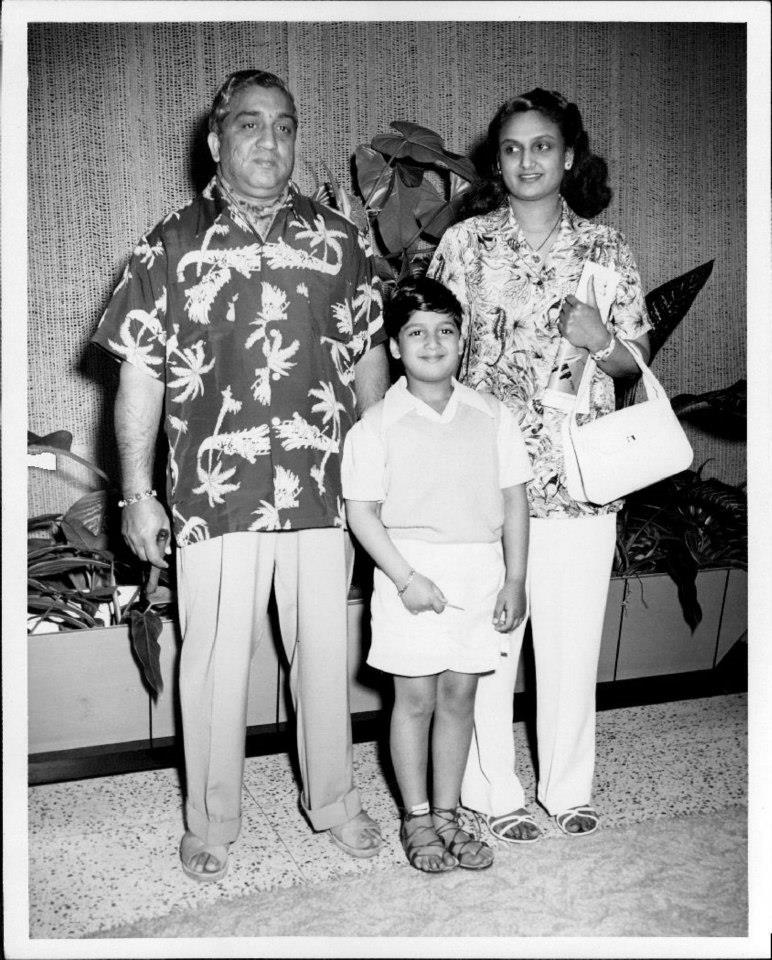 9 / She was a car enthusiast who owned several Rolls Royces and a custom Mercedes W126.

10 / After the end of World War II, the couple settled into a mansion in Monaco in 1946 and transferred many of their riches there.

12 / The Maharani loved having her old stones and gems remounted in new settings by the Van Cleef & Arpels jewelry house which made it more difficult for Indian authorities to retrieve many of the Baroda jewels.

13 / The Maharaja was deposed by the Government of India in 1951 and the couple lived together in exile in England for some time where they purchased a home and stables to breed race horses.

14 / In 1953, the Maharani sold a pair of bejeweled anklets to the Harry Winston jewelry house containing emeralds and diamonds which were reset into a necklace purchased by Wallis Simpson, the Duchess of Windsor. When the Duchess wore the necklace to a ball at the Waldorf-Astoria Hotel in New York in 1957, Sita Devi who was also in attendance, remarked how the jewels looked better on her feet. The Duchess was embarrassed and returned the necklace to Harry Winston.

15 / The Maharaja and Maharani divorced in 1956 after which the Maharaja lived in London until his death in 1968.

16 / Sita Devi and her son were awarded citizenship of Monaco by Prince Rainier and she continued to live between there and Paris. 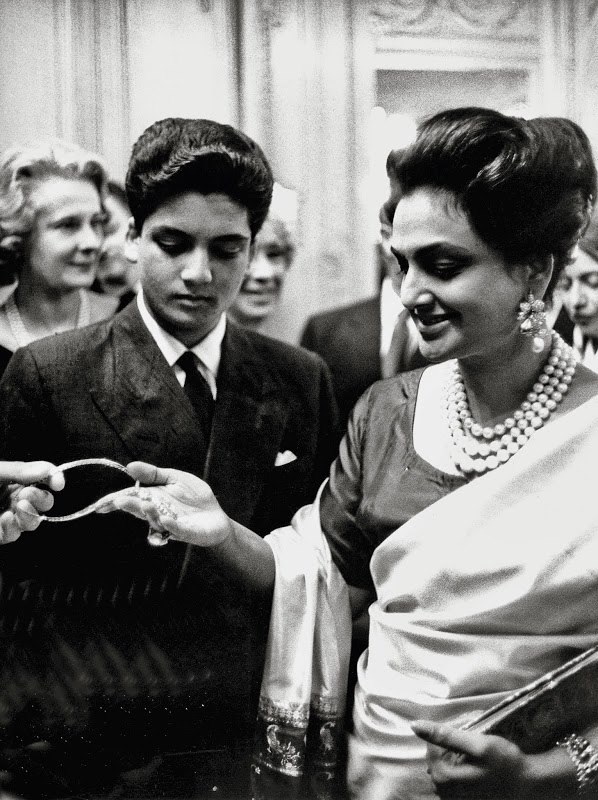 A selection of Maharani Sita Devi's jewels that were designed by Van Cleef & Arpels. She had her jewels continuously reset making it difficult for Indian government officials to track down the jewelry that had been taken from the Baroda treasury once she and the Maharaja left India for good. (All images courtesy Van Cleef & Arpels)

17 / At the 1969 Ascot Gold Cup she invited guests to touch the 30-carat sapphire on her right hand for good luck.

19 / She avoided tax officials from various countries and once her wealth started to deplete, she was forced to auction off some of her precious jewels beginning in 1974.

21 / On June 19th, 2019, an emerald bead and diamond bracelet that once belonged to the Maharani was auctioned at Christie’s for $1,635,000 USD. See some of the other jewels from the Maharajas & Mughal Magnificence collection modeled here by some leading fashion influencers.

22 / The Maharani’s Baroda Pearl Canopy (circa 1865-1870) was also auctioned off as part of above-mentioned sale for $2,235,000 USD. It was a unique piece consisting of 950,000 precious Basra pearls, emeralds, sapphires, rubies and colored glass beads in elaborate floral arabesques. The canopy had been commissioned by the Maharaja of Baroda, Khande Rao Gaekwad (r. 1856-1870) and was intended to adorn the tomb of the Prophet Muhammad in Medina. 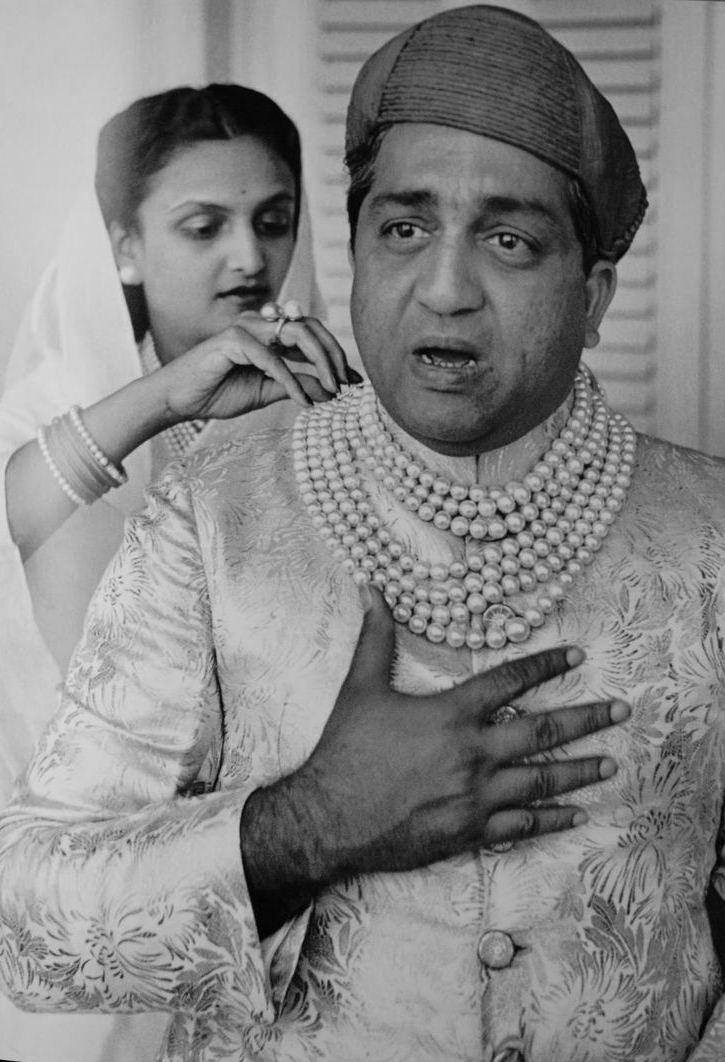 All images from various sources and belong to the original authors. // Story by Autumn Miller.