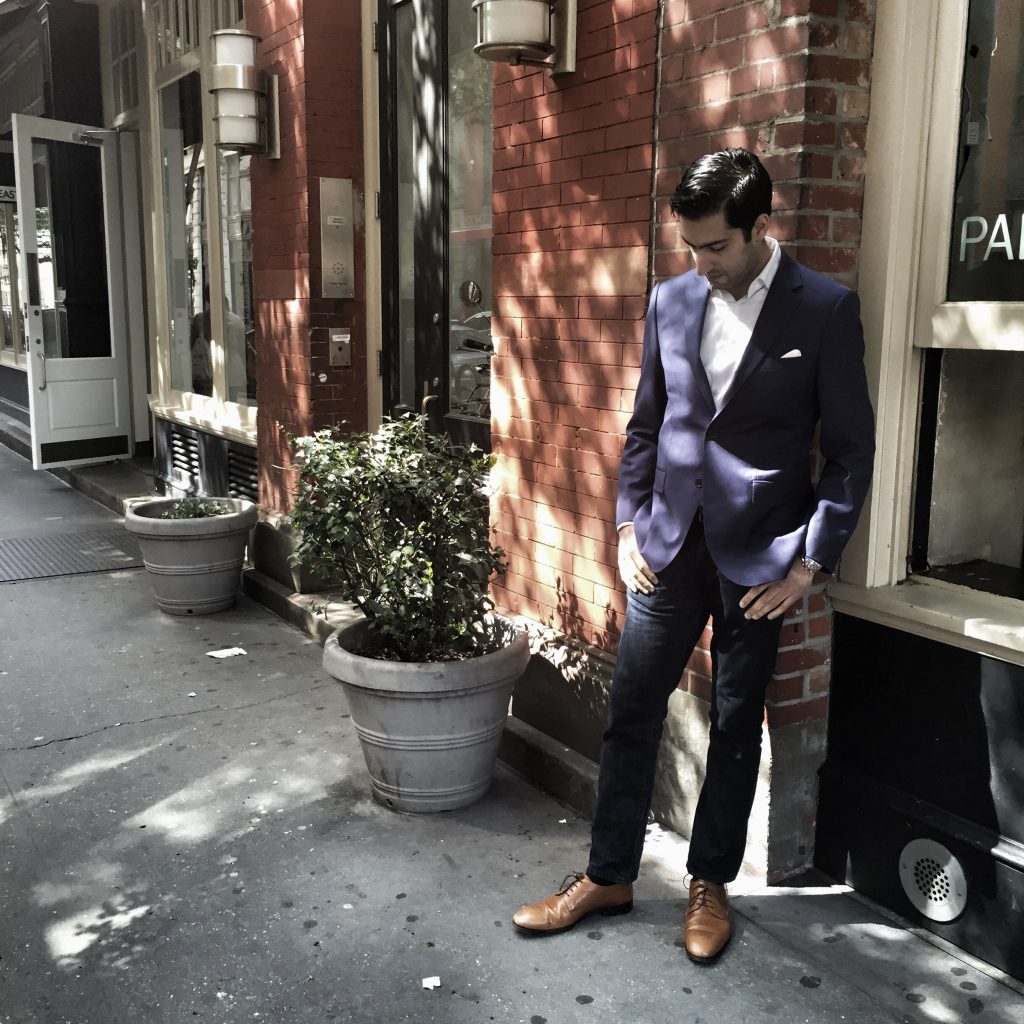 We met up with actor and filmmaker Kabir Chopra for a coffee to learn more about his creative journey from graduating with a BFA in Dramatic Writing at New York University’s Tisch School of the Arts to directing his short film Misaligned, premiering at the New York Indian Film Festival this year. Inspired by a 2009 Bollywood saga starring Priyanka Chopra called What’s Your Raashee? (meaning, What’s Your Zodiac Sign?) about a man dating different women from each sign of the zodiac calendar, Kabir challenged himself to distill the same idea into a short film which takes its own spin on the story. He delves into his filmmaking process as well the experience of working with esteemed filmmaker Mira Nair. He’s also the author of a book about dating culture in modern times called POKE ME! A no-nonsense Guide to Online Dating & Offline Loving, available on Amazon and based on his o!wn personal dating experiences in New York City. We learned about his thoughts on astrology, what he’s ultimately looking for in romantic love and so much more.

Excerpts from the interview—

On the moment he knew he wanted to be a film director // When I was 18, I did a summer program at NYU. It was a four week program where you do a playwriting class and a screenwriting class and at the end of the program you’ll have a 10 minute play and a 10 minute screenplay. Your 10 minute play is performed with actors in the class. So that moment of just seeing this play that I spent weeks writing and then seeing it performed onstage with actors in front of an audience was a really cool feeling. My mom was there and I remember telling her, “This is what I want to do for the rest of my life.” So that’s when I discovered I wanted to be a director.

On the making of Misaligned // I was inspired by another film. We were watching What’s Your Raashee? (What’s Your Zodiac Sign?) with Priyanka Chopra and it’s this massive three and half hour saga about this one guy who has to date his way through the entire zodiac to find his true love. That idea just fascinated me. A lot of my work is romantic comedy. I’m a hopeless romantic at heart: online dating, dating stories — they always fascinate me. And so those are the kinds of films I like to watch and the kinds of stories I like to tell. I wanted to tell my own version of a similar story and that’s what inspired Misaligned.

On making a short film // It’s difficult to compress such a behemoth of a story into nine minutes but it’s actually quite liberating too because you could just cut out so many things. You really have to break down the film into its bare essence.

On collaborations and teamwork // Communication. You have to constantly communicate what you want from everyone. Sometimes directors have a brilliant vision in their heads but they aren’t always able to articulate that to the crew. Also, if you’re the director, you have to put your foot down. You don’t want too much communication. I always ask people for their opinion if I need it but sometimes people might get a little carried away.

On completing a project // I made the commitment to myself that I have to finish this. I owe it to my actors and I owe it to my crew. I’m the director of the film but it’s not just my film.

On how living in New York City influences creative work // It’s put me through this perpetual state of creativity. You walk around New York and it’s such a rich, vibrant city. It’s so diverse — not just in people’s backgrounds and cultures but in their occupation and their thoughts, their age, economic background and where they’re from. It’s such a melting pot of awesomeness. It can be a bit overwhelming.

On  dating and zodiac signs // I do believe in astrology and do believe there’s some truth to it but I don’t make major life decisions based on astrology alone. When it comes to dating, I always go in with an open mind and open heart and see where it takes me. But I have noticed that I always fall for Scorpios.

On his ideal woman // Someone who is definitely passionate about what they do. It would be great to date another artist or someone involved in the arts, but it’s not a requirement. Having passion for whatever it is they do. And someone who’s kind to everyone.

On dating apps like Tinder // I wrote a book on it based entirely on my personal experiences of using dating websites and apps. I wrote it as the blunt, no-nonsense guide to dating and that’s the title — [POKE ME! A no-nonsense Guide to Online Dating & Offline Loving].

On qualities of iconic films // Creating really memorable characters, great dialogue and stories that are original — stories that move you. Specific films that come to mind: Inglourious Basterds, Hot Fuzz, and The World’s End.

On lessons he learned while working with filmmaker Mira Nair // How hard she had to work to make that film [The Reluctant Fundamentalist] — if you want something so badly, you’ve got to fight tooth and nail to get it done. I got to be on set with her, be in meetings, see the creative process; reading how much the script changed and with each draft it became richer and fresher.

On the importance of film festivals // It’s a platform to show your film. It’s a celebration of your film. Making your film is really freaking hard. Once it’s done, you as a filmmaker deserve to have it shown. You deserve to have it celebrated. For me that’s the most important part of it: showing your film, celebrating it with your cast and crew, giving them the chance to recognize their work. It’s a great opportunity to showcase your work, meet other directors, meet other actors that you could collaborate with in the future, or just make friends. If you’re like me and you make a short film with the intent to make it a feature, it’s a great way to get the story out there – get credibility.

On advice for aspiring filmmakers // Just do it. Don’t wait for anything. If you have an idea, grab a notebook and write it down. Write out the whole story. Download a screenwriting software. Grab some friends, grab a camera and just film it.

Interview and photograph by Rupi Sood. You can find Kabir on Twitter and learn more about his film Misaligned here. Misaligned premiers at the 2016 New York Indian Film Festval on May 9th at 9.30 pm at Village East Cinema. Tickets are available here.