Following the decline of academic painting styles in the 1940s and ’50s, several Iranian artists began to develop their own distinct methods of expression marked with a move towards abstraction, art that was free from any sort of figuration and representation. In a region that is commonly framed within a certain socio-political context, there are female Iranian abstractionists such as Monir Farmanfamaian and Behjat Sadr who were able to cross the necessary boundaries to have their work noticed in both the East and the West. 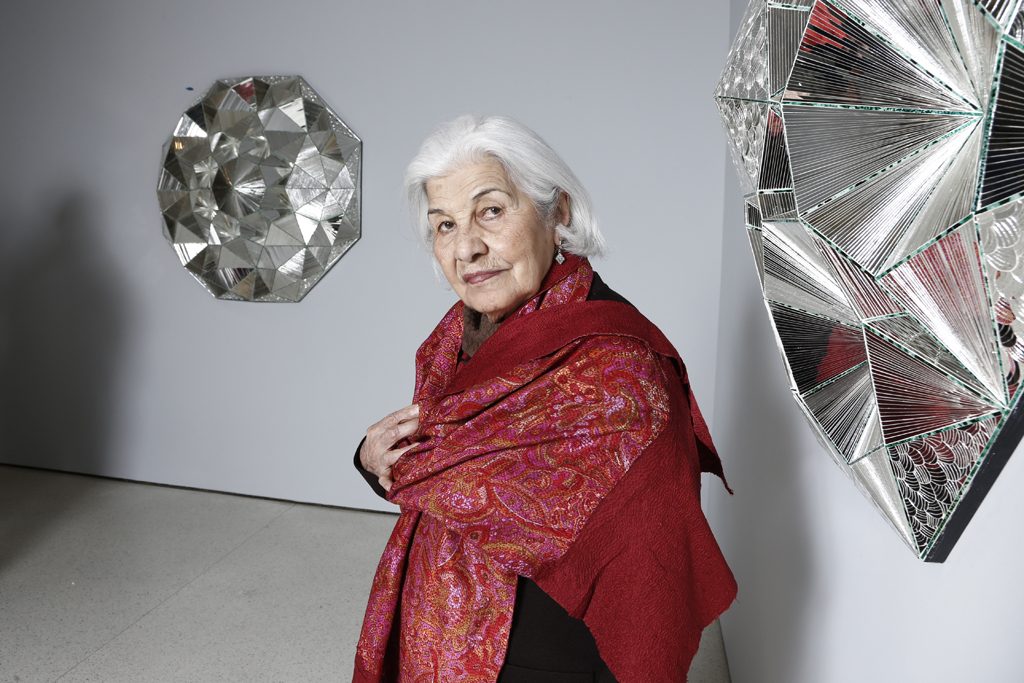 Monir Farmanfamaian (1924-2019), a prominent contemporary Iranian artist who spent more than twenty years in the United States in exile after the Islamic Revolution, did not build her practice on Western models even though she became a well-known figure within New York’s avant-garde art scene, but honed her artistic practice based upon her own heritage. Her aesthetic includes geometric patterns, mirror work and artisanal elements found in ancient Iranian architectural design. A lover of abstraction, Farmanfamaian’s innovative art practice led her to create works such as Heart Beat (2006) inspired by recordings of the heartbeat using an electrocardiogram. Using a reverse painting on glass technique, also called cold painting, which consists of applying paint to a piece of glass and then viewing the image by turning the glass over and looking through the glass at the image, she brings the viewer into the work—through the reflection—giving weight to the idea of life and vitality. Farmanfamaian was also well-known for her mirror mosaics such as Geometry of Hope (1976), a 50-inch square of mirrored rectangles and triangles set in tight patterns which combines Minimalist sculpture with medieval Persian motifs. The artist whose work has been exhibited widely, including shows such as “Infinite Possibility” at the Guggenheim in 2017, is firmly cemented within the oeuvre of contemporary art as a result of her practice derived from ancient Iranian traditions, the exile period spent refining her craft in New York, and eventual return to Tehran in 2004 to set up her permanent studio. She passed away at her home on April 20th, 2019 at the age of 96. 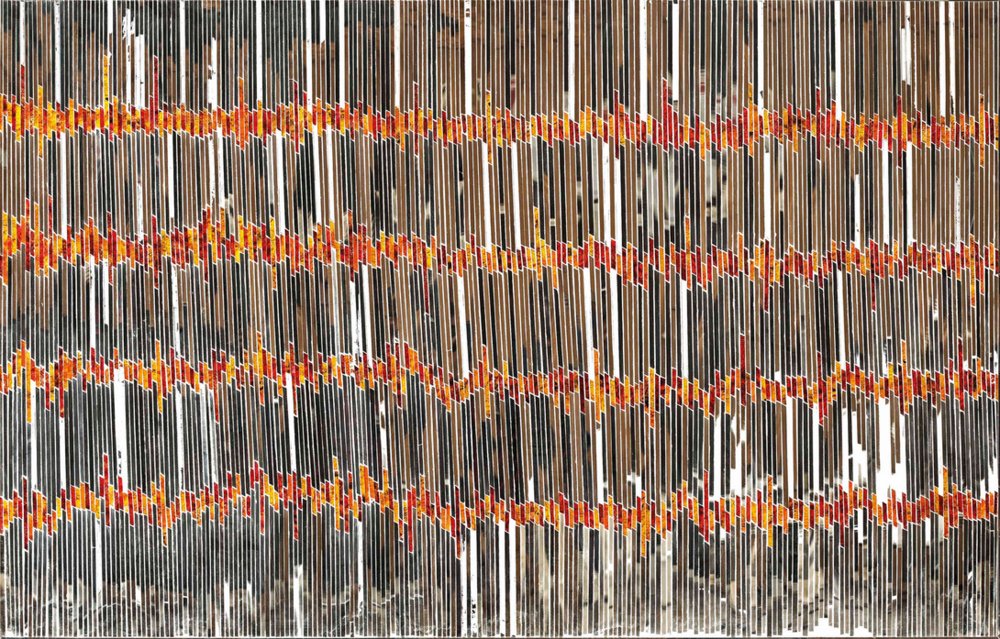 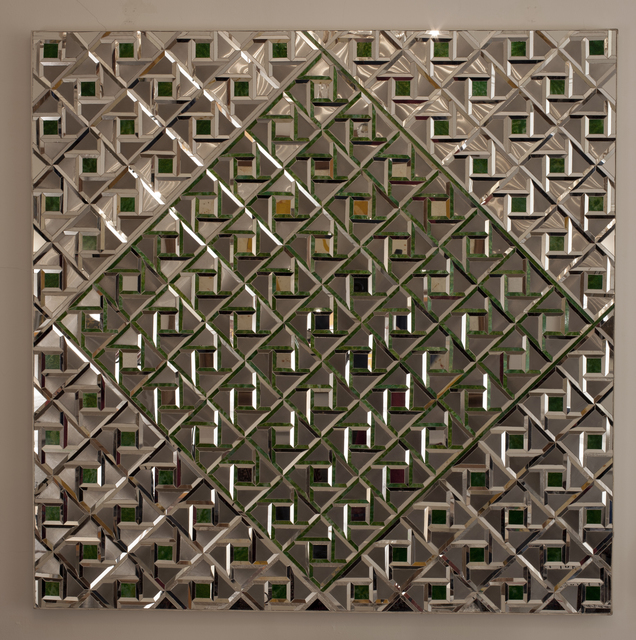 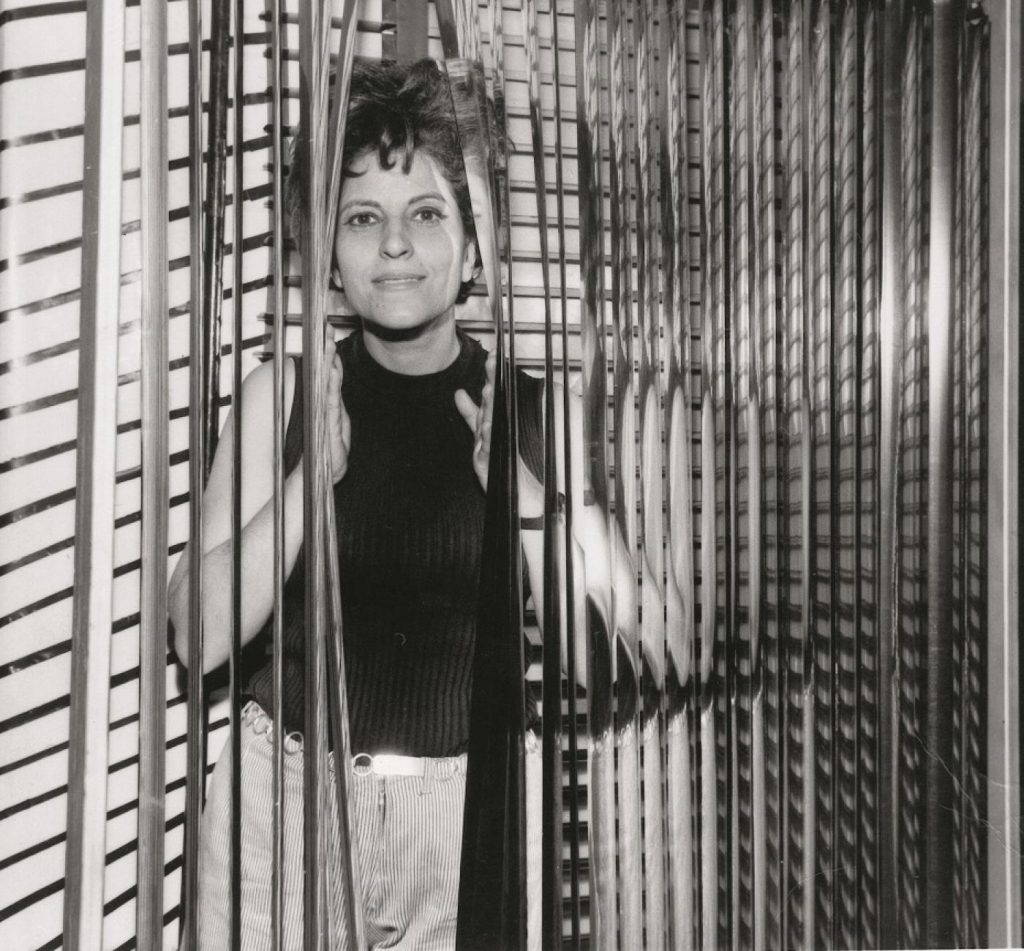 Behjat Sadr (1924-2009) is an abstractionist who although never outwardly displayed a Persian cultural provenance became a pioneer in the Iranian arts diaspora. As a recipient of a scholarship from the Italian government, Sadr arrived as a student in Rome in 1955. She leaned toward non-representational art with early works depicting Expressionist strokes and criss-crossing patterns on canvas. Sadr cultivated her practice with the processes of sign-making and “negative painting,” or removing paint from a surface. Implementing various instruments in her work such as spatulas, razors, trowels and more, she was able to make oil paint appear as dried tree bark and flowing water. These nature-filled brush strokes were often called out for their “virility” or “masculinity,” to which she commented, “As a woman, I had the vigor of men.”

Considered revolutionary for her times, Sadr kept experimenting with abstraction in mediums such as photography and painting (Untitled, 1977; Les Dangers, 1985). Her later works gave off an aura of peace and serenity especially when the world was plagued with propaganda art.

Sadr studied at the Faculty of Fine Arts of the University of Tehran, at the Accademia di Belle Arti in Florence and at the Naples Academy of Fine Arts. She was featured in the 1956 Venice Biennale and taught at the University of Tehran for over 20 years. She left Iran following the 1979 Islamic Revolution and moved to Paris with her daughter where she worked steadily during her second European period until her death at the age of 85. 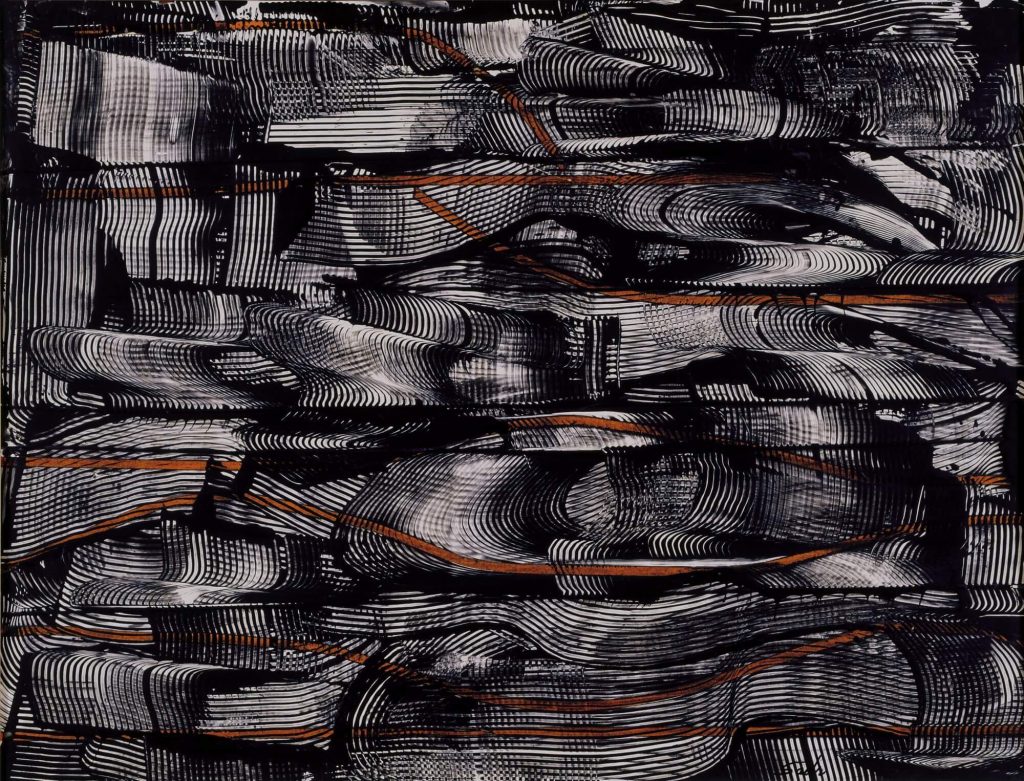 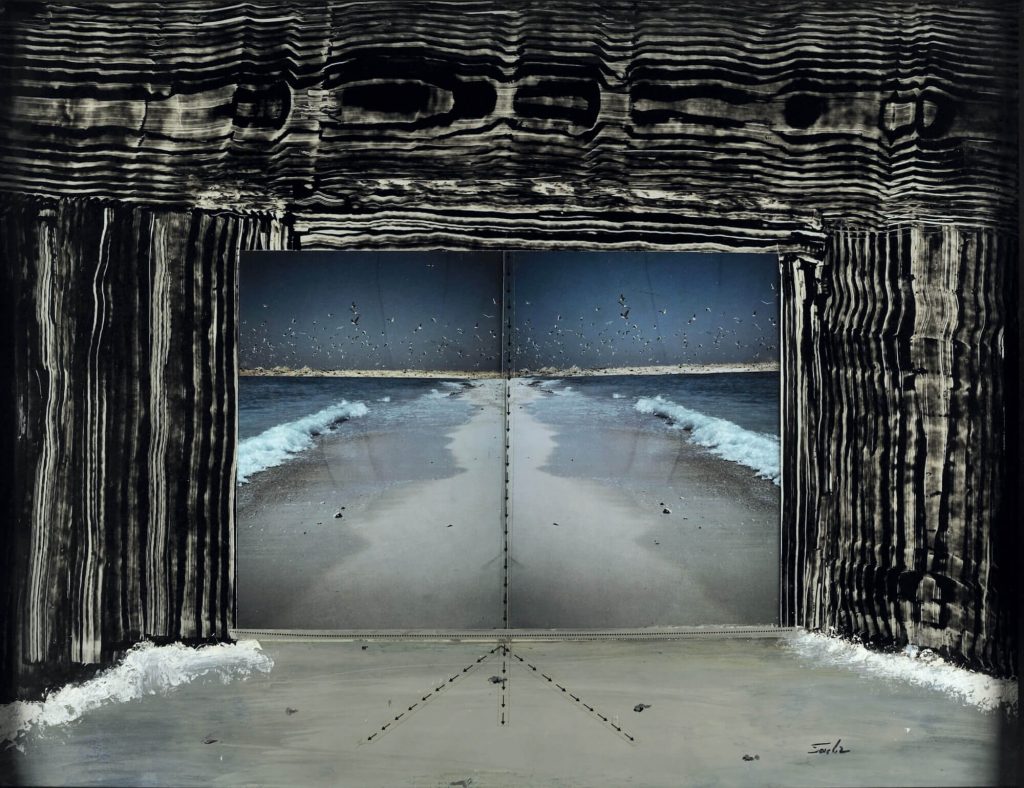 {Untitled, 1987, oil on paper and photographs; Image via Behjat-Sadr.com}