Kiran Ahluwalia is taking the language of love and mesmerizing audiences around the world with her sweet melodies. In 1990, Kiran left the skyscrapers of Toronto and a comfortable job as a bonds trader to pursue her passion for music. She moved half way across the world and immersed herself in rigorous classical music training in Mumbai before studying with Vithal Rao, one of the last living court musicians of the King of Hyderabad. Here, she studied more about the ghazal, a single poem containing within itself some passionate smaller poems, usually exploring the many moods of love. Kiran’s music respects and preserves the rich tradition of her musical training while lending a modern approach making it easy on the ears. The release of her latest, already much-acclaimed album, Sanata : Stillness, attests that living in the cultural hub of New York is serving the multiple award-winning singer well. Penning the lyrics and music for Sanata : Stillness from her home in Harlem, Kiran’s themes this time confront the civil war, not within a nation but within ourselves. From the rousing track, “Tamana”, which discards shame and celebrates female sexuality to the sense of isolation felt in “Hayat”, depicting the sensations of being Indo-Canadian and living, now, in New York City, to the chain-breaking release of “Qaza”, Kiran continues her quest towards an adventurous, borderless music of the heart, showcased throughout by her soaring and unforgettably haunting vocals. Add to the mix such impromptu celebrations of the groove, as in “Hum Dono” (which came about as bassist Rich Brown instigated a Berber-like styling that clicked), the spirited “Jhoom” (joyfully inspired by wine), or “Lament”, a fresh 21st century take on the late legendary Nusrat Fateh Ali Khan’s qawalli, and you have an album of propulsive energy that stirs the soul — a true testament to the power of stillness. 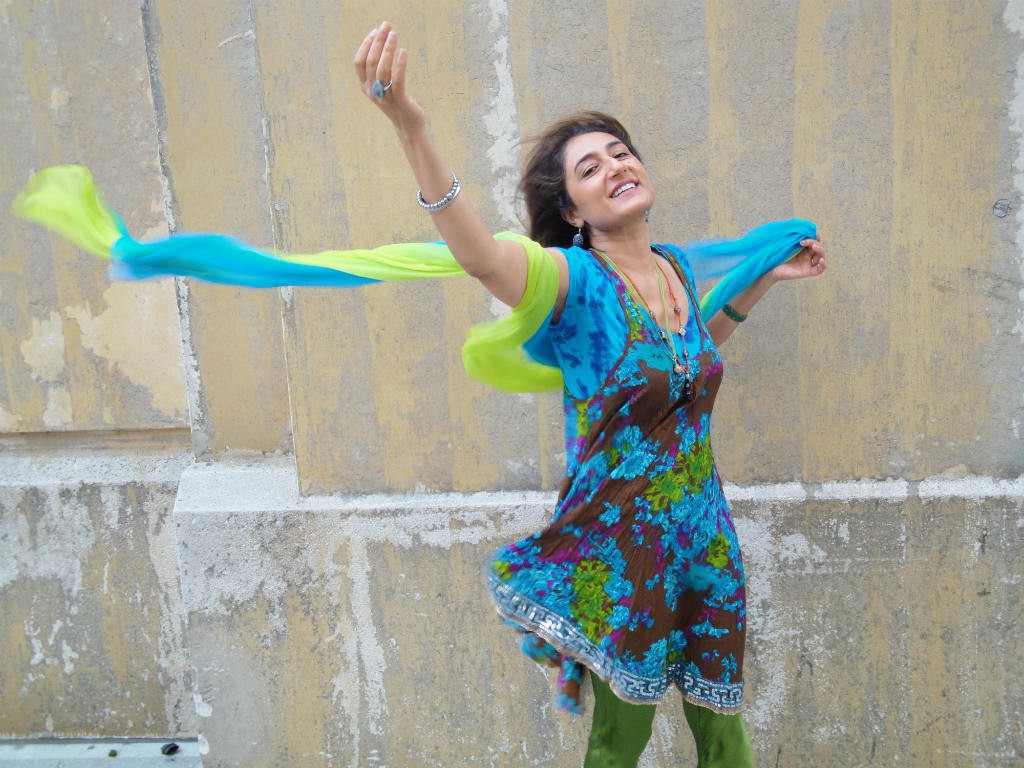 What do you love about living in New York? What I love most about NYC is the heavy concentration of musicians, artists, and people interested in the arts. Artists from all over North America and Europe come to live in NYC and this huge concentration of creative people fosters very interesting dialogue about defining arts trends, practices and many other things.

If you weren’t living in New York, where else would you live? Another large city with a lot of world music —Paris or London — perhaps Berlin.

How do you get around in the city? A combination of subway and taxis, and a lot of walking.

What’s your neighborhood and why do you like living there? I live in Harlem and I love it. It has a lot of cultural history. The Apollo Theatre where James Brown and other legends performed is up the street from us. I love that I can practice my French at the local Senegalese café. I love all the old church architecture. There has been the occasional surreal moment of witnessing a police chase sometimes involving helicopters. And the occasional music at full blast coming out of restaurants to usher in the first few days of summer. I love all the depth of colour in Harlem.

In your neighborhood, where should we go for:

soul food? Most soul food is meat or carb heavy — both things that I actually stay away from. But I have heard good things about the fried chicken at Melba’s and I’ve enjoyed their macaroni.

drinks? There are lots of places with happy hour. No favourites yet, but I have been meaning to try the new Cecil Restaurant at 118th Street and Saint Nicholas Aveue.

shopping? 125th Street between Saint Nicholas and Adam Clayton has a lot of discount stores. The Sugar Hill Market is a pop-up artisan market.

cool hats? Either FlameKeeper’s Hat Club on 121st Street and Frederick Douglass Boulevard, or sometimes there are nice African head scarves at the Sugar Hill Market.

What’s a hidden gem in Harlem? The key word here being hidden — for me it was my discovery of a Senegalese grocery store where I can get my Indian groceries. I can get Indian dals, rice, spices and my favourite drink — Rooh Afza — from my childhood in India. The store is called New Harlem Halal Meat on FDB & 116th. (I’m a vegetarian so I’ve never bought any meat there.)

Where in Harlem can we see some interesting street art? The south west corner of 124th & Lexington has a graffiti rendition of Picasso’s Guernica. (Technically it’s East Harlem.) I always look out for it on my way home to West Harlem from La Guardia Airport.

Is there somewhere in Harlem that feels like time is standing still? Without a doubt my favourite historical monument is the statue of Harriet Tubman at the intersection of 122nd Street and Frederick Douglass Boulevard. Harriet Tubman ran the underground railroad — a system to smuggle slaves from America to Canada: from slavery to freedom. It always gives me hope when I walk past it — to think of this one amazing woman who worked with such courage to fight against an entire system of injustice. The statue shows Harriet Tubman in a long skirt with faces peeping out of it representing the people that she hid and took out of slavery. Her skirt is being pulled by the roots in the ground but she forges ahead.

What’s your favorite green space? I live close to 2 parks — the smaller Morningside Park and the huge Central Park. Both have their advantages. When I am overwhelmed with work but I still need to get some “earthing” I walk to Morningside Park for a quick break. On summer weekends when I have more time for a leisurely stroll I go to Central Park and sometimes do a mini-picnic.

Best place to listen to live jazz in your neighborhood? There isn’t really a great place dedicated to live jazz here. The historic Minton’s jazz club has recently re-opened but it has more of a toursity vibe. I haven’t been yet.

Best place in Harlem to get a culture fix? One of the many churches that have gospel choirs.

Where should we stay if we want to feel like a Harlemite? Since I live here, I have never stayed in a hotel. The Aloft Hotel is up the street on Frederick Douglass Boulevard and 120s but I have not been inside.

Describe a perfect day for you in Harlem. A summer’s day:  I get up and have my tea and toast. I sit down on my carpet and through my window I face Morningside Park, Columbia University and Cathedral of St. John the Divine, the oldest Gothic Church in North America. I do my morning music practice. Then I shower and go out to run errands and grab an iced coffee on the way back. I work from home most afternoons, and summer evenings always include either a walk in the neighbourhood or meeting a friend anywhere else in the city.

Photo of Kiran by Rez Abassi