Set against the crisp, white walls of the Sundaram Tagore gallery in the Chelsea neighborhood of New York City is Beijing-based artist Zheng Lu’s Root Metaphor which is Lu’s second solo exhibition at the gallery (the first being Coursing Water, a series of sculptures inspired by Chinese calligraphy). Consisting of various sculptures and mixed-media installations surrounding the theme of water, Lu creates works with a multitude of meanings ranging from self-reflection to the passing of time to the overarching concept of change itself. 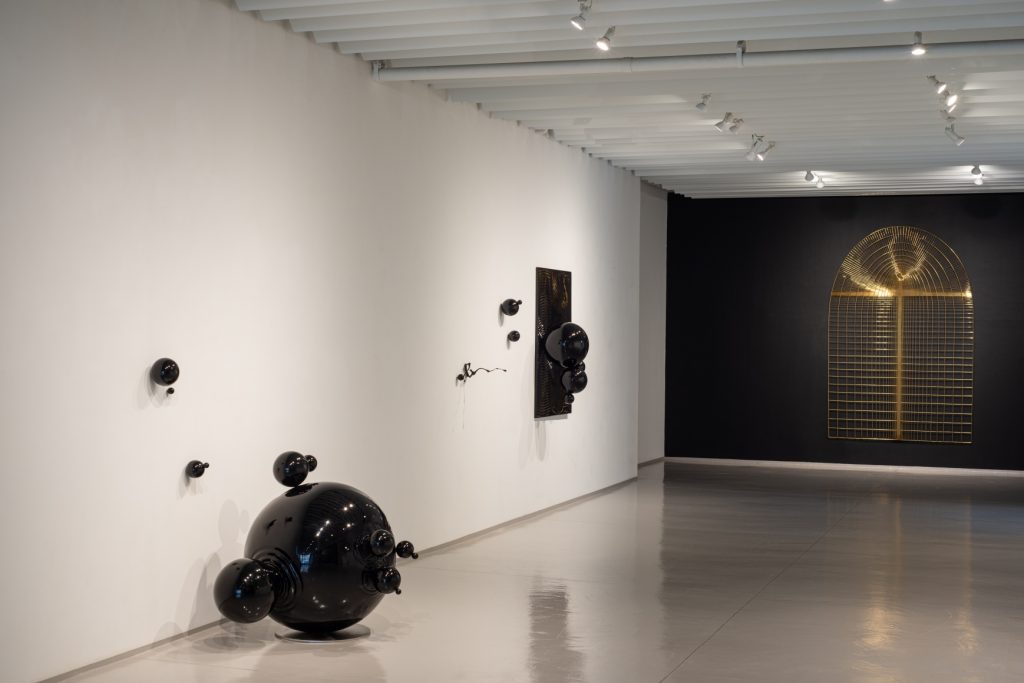 As a graduate of Lu Xun Fine Art Academy in Shenyang, China with a B.F.A. in sculpture in 2003, Zheng Lu went on to receive his Master of Fine Arts degree from the Central Academy of Fine Art in Beijing while simultaneously enrolled in an advanced study program at the École Nationale Supérieure des Beaux-Arts in Paris. He has exhibited worldwide at institutions such as the Museum on the Seam, (Jerusalem), the Ekaterina Cultural Foundation (Moscow), Musée Maillol (Paris), National Museum of China (Beijing), Museum of Contemporary Art (Taipei), and more.

Root Metaphor pays homage to a notion coined by American academic Sarah Allan based upon Daoist philosophy that the natural world can explain some of the mysteries about the nature of man and the universe. And, what is the most obvious element found in the natural world? Water. “As a key element in Chinese philosophy, it [water] was observed, visualized and ruminated upon rather than getting examined in terms of logic,” Lu says. His Fluid Mechanics series explores water on a micro-level, delving into applied mathematics, physics and computational software in order to predict fluid-flow. The metal sculptures of Fluid Mechanics with their surreal glisten-and-glow effect take into account the scientific study of ocean currents and weather patterns. Lu beautifully blends aesthetics and practicalities to reveal the art behind the scientific.

Unknown Circles, another installation within Root Metaphor, was initially displayed at the Museum of Contemporary Art Taipei back in 2015. Featuring shiny, black spheres of varying sizes, it references the phenomenon of two waves that collide as they travel down the same medium, thus creating wave interference. The rippling becomes a sort of conversation and connection between the two different energies. “As the ripples stack atop each other, they magnify the vibrations in some areas, while diminishing the vibrations in others. The positions of the waves establish each other’s existence, reveal their existence, or reveal its meaning,” Lu explains. 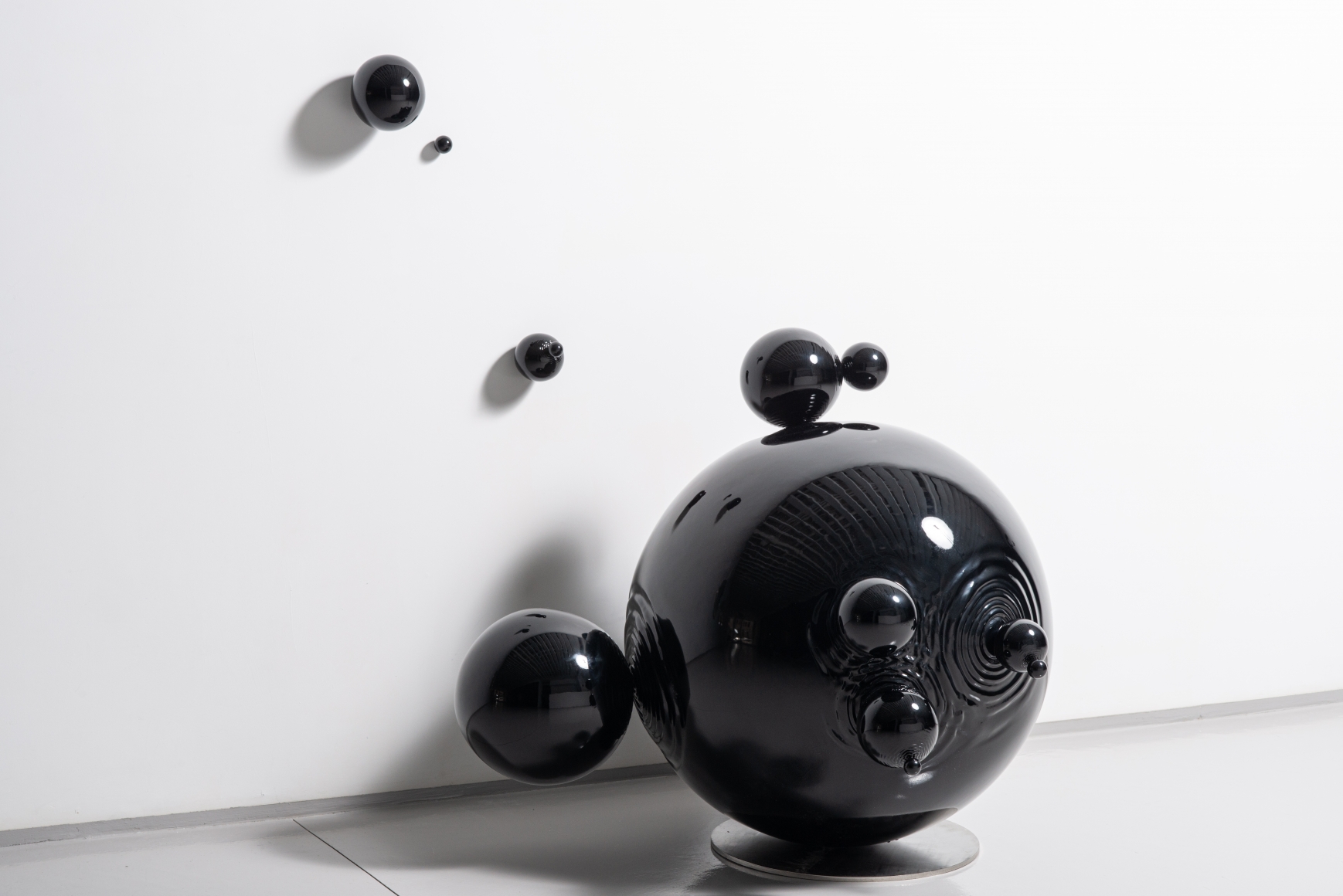 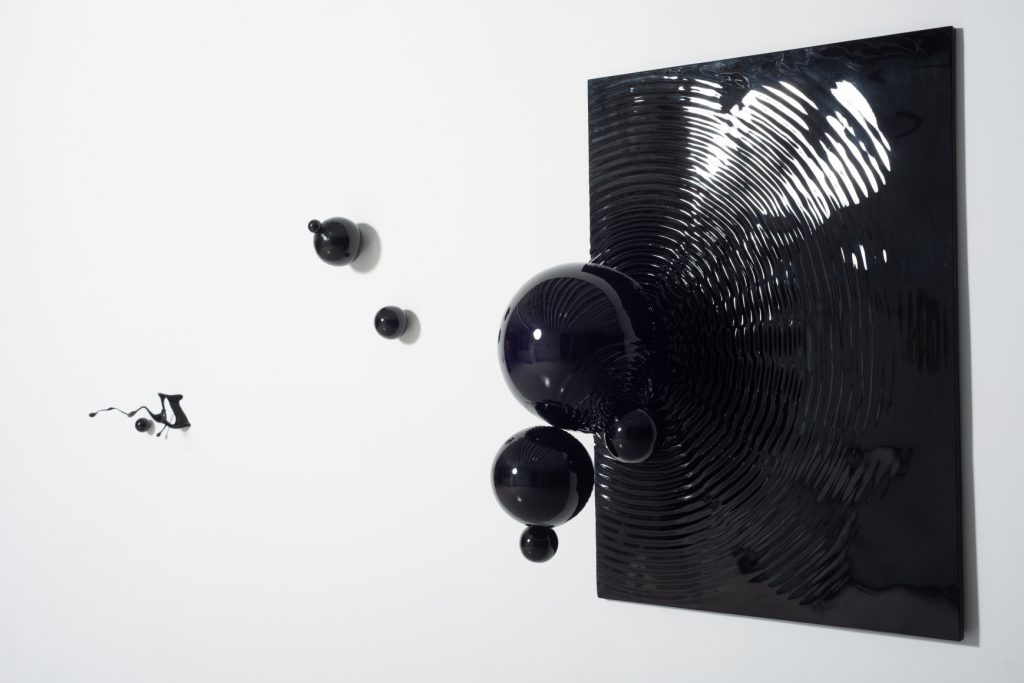 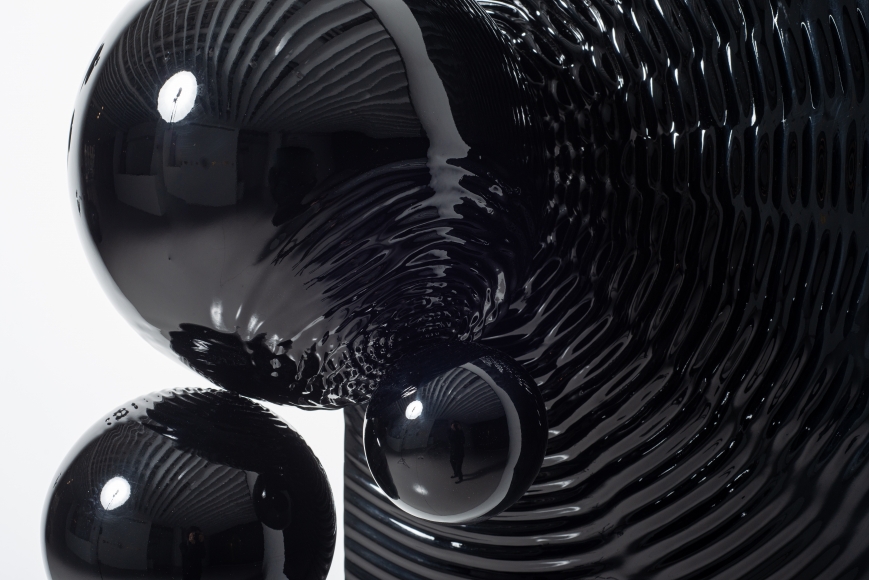 Also on display are the NACA0012 Airfoil and AGARD Ct-5 Airfoil, geometrical structures made of titanium and steel that expand on the idea that man needs to construct a sense of the natural world as in the use computer-generated grids to explore principles of water flow. 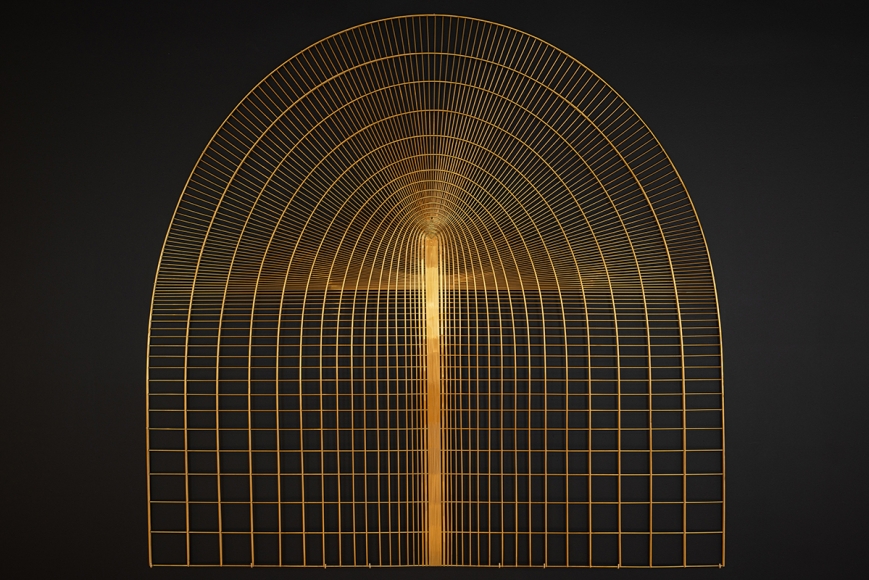 The light boxes of Milk Bacteria evoke examining a substance inside a Petri dish underneath a microscope to determine what it is even though the image appears in its most abstract from.  Essentially, all of Lu’s works within the exhibition emphasize man’s scientific approach toward water and yet there is more art in the natural world than we might ever understand. 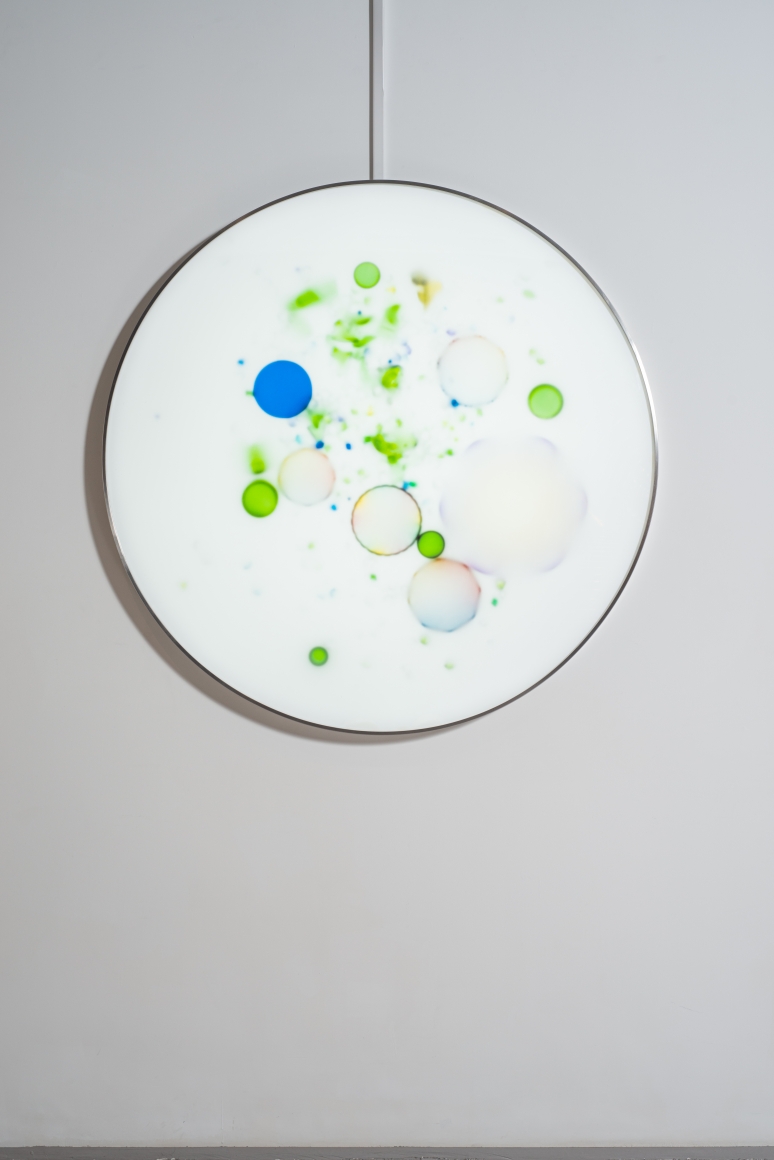 Root Metaphor is on exhibit at the Sundaram Tagore Gallery in Chelsea, New York and runs through July 13th, 2019. // All images courtesy of Sundaram Tagore New York. // Words by Rupi Sood